“You therefore, my son, be strong in the grace that is in Christ Jesus. And the things which you have heard from me in the presence of many witnesses, these entrust to faithful men, who will be able to teach others also.”

I think that every shepherd who faithfully preaches the Word of God in a linear and sequential manner would agree that the major obstacle is knowing where to begin and where to end. Many times, the issue is not that the biblical writers are unclear where their thoughts begin and end, but that we lowly expositors find it difficult to explain their full thought in the span of a 50-minute message.

We argued in chapter one that vv. 6-18 contain a single flow of thought from Paul to Timothy, yet that single flow was masterfully set up in vv. 3-5. Yet it took this weakly expositor three sermons (nearly 3 hours of exposition) to cover what Paul wrote in the span of a few minutes. We find a similar situation as we dive into chapter two.

The introductory therefore points back to the entirety of chapter one. Paul and Timothy’s shared and faithful service (vv. 3-5), the call for Timothy to maintain the gift of his ministry, the prohibition to be ashamed, and the call to join with Paul in suffering (vv. 6-11), as well as the evidence of Paul’s unashamed attitude, the exhortation for Timothy to guard the gospel, and examples of faithless and faithful men (vv. 12-18) are the multi-faceted backdrop to our current text. Paul is drawing an inference from what he has already spoken, and this is where his new argument begins. But where does it end?

In reality, 2:1-13 contains a single thought. In vv. 1-2 Paul calls Timothy to stand tall and train men. In vv. 3-10 Paul provides examples from life (vv. 3-6) and from Timothy’s personal experience and knowledge (vv. 8-10) that illustrate the faithful tenacity required of this call to action. The section concludes with a beautiful doxology (vv. 11-13) giving praise and glory to the risen Lord. I say all of this so that the reader can follow Paul’s argument, because there is no way we are going to be able to cover Paul’s argument in a single post, sermon, or lesson.

The headwaters of this argument are found in the first two verses. It is here, after calling Timothy to join with him in suffering and to guard the gospel of Jesus Christ, that he again calls Timothy to action. This whole letter is an encouragement from Paul to Timothy to remain faithful, but faithfulness is never passive. The faithful man of God is proactive in his obedience. These two verses give two commands revealing what proactive unashamed ministry looks like.

“You therefore, my son, be strong in the grace that is in Christ Jesus.”

We have already pointed out the significance of therefore (pointing back to 1:3-18) but let us not skip over the very first word. Paul points to Timothy and says You. The last few verses (1:15-18) revealed two groups; the first faithless and the second faithful. Here Paul turns to Timothy, gives him the four-finger knife hand, and commands him to be strong. 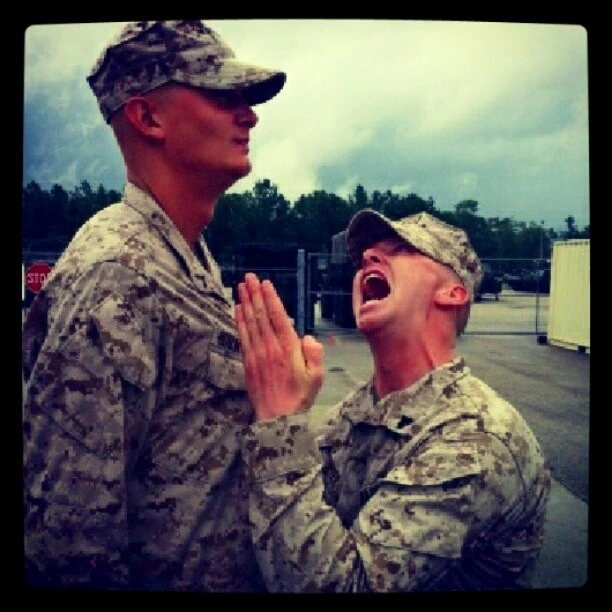 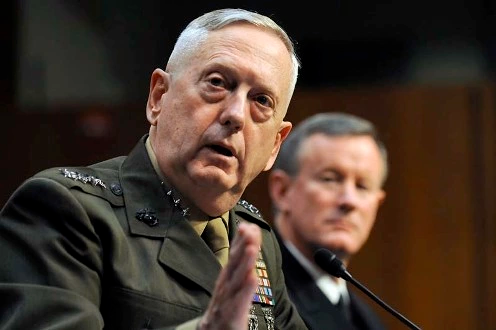 Rise in His Power – We must not jump to the erroneous conclusion that Timothy was somehow vacillating in his position in Ephesus. There is nothing within the text of 2 Timothy to suggest that Timothy was considering a weaker position or about to walk off and call it quits. Those who advocate such a position do so under some other influence rather than from the text itself.

The imperative to be strong (ἐνδυναμοῦ) is in the present tense meaning that Paul is commanding Timothy to keep on being strong or continue being strong. Why would Paul command Timothy to continue to be strong when in reality he was weakening? But there’s something even greater found within this verb.

The command is passive rather than active. A better translation might be something like continue to be strengthened or continue to be empowered. The idea is that Timothy’s strength, the ability and power necessary for him to stand, comes from an outside source. The verb comes from the same root as the Spirit of power (δυνάμεως) in v. 7, the power (δύναμιν) of God in v. 8, and the ability/power (δυνατός) of God in v. 12. None of those verses point to either Paul or Timothy as the source of power. Paul is not calling Timothy to try harder, jump higher, or run faster. His command is for him to continue to submit to God as He is the one who empowers/strengthens. The following phrases help to flesh this out.

Rely on His Grace – Grace is the means by which Timothy is to be empowered. Here it is best if we take grace in its absolute fullest sense. As proud sons of the reformation we affirm that we are saved by faith alone, through grace alone, and in Christ alone. God has freely bestowed upon us the gift of repentance not by works that we have accomplished but according to His own purpose and grace (1:9). But let us not limit God’s lavish grace to only extend to our conversion.

Rest in Christ – If grace is the means by which Timothy is to be strengthened, then Christ is the source from which this grace flows. This reality is both humbling and encouraging. It is humbling because it shows that this grace is found only in Christ. There is neither salvation nor sanctification but by Christ alone. God’s grace is reserved only for those who bow to Him. This is encouraging because it means that each and every Christian has this grace and thus is able to obey the same command given to Timothy. If you are in Christ, then you have this same grace and are therefore able to be empowered/strengthened.

Paul is not speaking to a novice or a raw recruit. He is speaking to his dear son in the faith. There is a personal relationship here that emphasizes this command. Once again, we see that Paul never softens his commands. But at the same time, he never lets Timothy think he is innately capable of obeying these commands. He never lowers the intensity yet he continually points Timothy to Christ.

Timothy, continue to follow Christ and He will provide all the strength you need by His grace.

“And the things which you have heard from me in the presence of many witnesses, these entrust to faithful men, who will be able to teach others also.”

The first command is still proactive but is somewhat general in nature. It is impossible to rest in Christ passively. There is no such thing as a passively obedient Christian. Either our actions, words, thoughts, and deeds are in active obedience to Christ or they are not. But the command to be strengthened demands some more information. Be strengthened for what purpose? Now that Paul has gotten Timothy’s attention, it is time to bring specific action to mind.

Train Men – The command is buried somewhat deep in this verse and it’s found in the English word entrust. The Greek παράθου is the verbal form of the same word we studied last week in vv. 12 and 14 (παραθήκη or the deposit). Paul is confident in God’s ability to guard the deposit of Paul’s gospel ministry (v. 12) and Timothy was commanded to himself guard the deposit of gospel ministry entrusted to him (v. 14). Here Paul is commanding Timothy to now deposit this same treasure to others.

Notice specifically what he tells Timothy to deposit in these men: the things which you have heard from me. Understand that this is not a simplistic message. This is a reference to literally every scrap and nugget that Paul has preached and taught. Timothy has now known and followed Paul for at least 15 years. He has heard Paul preach countless sermons, co-authored 7 of Paul’s letters to the churches, and sat under countless hours of personal discipleship. Timothy is not being commanded to entrust a simplistic message that can fit on a post card or a gospel tract. He is being commanded to deposit and implant the totality of Paul’s robust theology into faithful men.

Note that this teaching was not held in secret sessions or behind closed doors. Paul’s ministry was always a public one. The many witnesses here referred to are the numerous men and women who heard Paul preach and would be able to immediately recognize the same theology emanating from Timothy’s lips. These would include fellow preachers of the gospel, but also men and women like Priscilla and Aquila who had a deep understanding of the Scriptures. Timothy is not given a new or secret message to pass on, but an old story that has been publicly attested.

There is no place in Scripture where you will find any indication that it is commendable or even permissible to place half trained men with half-baked theology into the pulpit. That erroneous thinking is exactly why the church declined to such a state as to necessitate the Protestant Reformation in the 16th century and it is the same reason why the church is weak, anemic, and ineffective today. Sound and strong theology breeds sound and strong convictions. If the church is weak it is because her shepherds are weak. Timothy is to leave nothing out. Christ has given Paul a deposit as His apostle. Paul has deposited that same trust to Timothy and now Timothy must continue the chain by creating more links.

Pick Faithful Men – It is telling that Paul felt the need to add the adjective faithful to these men whom Timothy will deposit the full message of salvation. Timothy has been dealing with infidelity in the pastorate for some time now. Timothy is not to waste his time with men like Phygelus and Hermogenes who cut and run at the first sign of trouble (v. 15). He is to be wary of apostates and false teachers like Hymenaeus and Philetus (2:17). He is on the lookout for faithful men.

Faithful (πιστός) assumes that these would be believing men, men who have placed their faith and trust in Jesus Christ alone for the redemption of their sin. But this goes beyond that to include a sense of trustworthiness and dependability. These men cannot be flaky in their commitment to Christ. They are ones who would not lose, neglect, ignore, or falsify the words that Paul has handed down and reversely are those who would accurately handle the Word of truth (2:15). In this single word, Paul reminds Timothy of the qualifications for the elder concerning which he had already written (1 Tim. 3). Faithfulness is never determined by how much you know so much as who you are.

Faithful Men for Future Ministry – This last part is so beautiful. The focus is pointing to the future. Rather than just ability, the idea is really that of competency, adequacy, and qualification. The idea is once Timothy has finished implanting the full deposit then they will be (future tense) adequate to teach others also. The role of the church and the role of every Christian is to be fruitful and multiply, or as Jesus said, to make disciples.

Understand that is the church’s God-ordained task to train up their own elders, teachers, and preachers. You will search in vain for scriptural support of a third-party training center that is not under the authority and leadership of the local church. God has entrusted His Word to us so that we might entrust it to others so that they might entrust it to still others. Timothy is here commanded to stand in Christ’s strength and to propagate the deposit entrusted to him into others.